ASC 740 governs how companies recognize the effects of income taxes on their financial statements under U.S. GAAP.

Accounting for income taxes under ASC 740 is evolving due to changes in how federal, state, local, and foreign governments levy taxes on a taxpayer’s worldwide income.

What are foreign source income and the foreign tax credit?

There are two fundamental issues when dealing with income tax on activities outside of the U.S.

This page focuses primarily on the U.S. taxation of international operations.

Most countries have territorial tax systems — systems where income tax is only imposed on the income earned in the country. Under most territorial systems, dividends and capital gains or losses are fully or partially excluded from taxable income.

Historically, the U.S. has had a worldwide system with U.S. income tax consequences regardless of where the activity occurred. Under a worldwide system, a U.S. corporation would not pay current U.S. income tax associated with the income of its foreign subsidiaries until the foreign subsidiary made a dividend distribution, was sold, or was dissolved.

However, exceptions to this general rule existed where U.S. tax would be imposed on some or all of the earnings of a U.S. corporation’s foreign subsidiaries prior to these events.

Since 2018, the U.S. has been moving toward a more territorial system where dividends from foreign subsidiaries are exempt from U.S. tax. However, it still retains some elements of its historic worldwide system.

At the highest level, the basic framework for U.S. tax on international activities is focused on a few key dimensions:

The U.S. tax consequences of a particular activity vary depending on these dimensions.

To mitigate the impact of double taxation on worldwide income, U.S. tax law allows a taxpayer to either deduct foreign taxes paid or claim a foreign tax credit (FTC). The amount of foreign tax eligible for credit in a particular year is generally limited to the amount of U.S. tax on foreign income.

Foreign income taxes are generally translated to U.S. dollars at the average foreign exchange rate during the year.

Additionally, the U.S. tax system has various rules to deal with foreign exchange issues that may arise from conducting activities in other currencies.

Income derived directly or indirectly from the foreign operations and activities included in the U.S. return is called foreign source income (FSI).

Several calculations may impose U.S. tax on foreign earnings (GILTI and the base erosion and anti-abuse tax, also known as BEAT) and may provide a deduction related to certain export income (i.e., foreign-derived intangible income, or FDII). 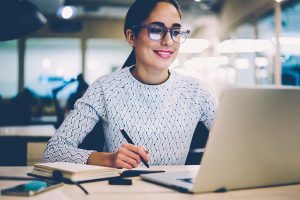 How do foreign taxes affect the ASC 740 income tax provision?

Certain expenses are “not definitely allocable” to either the U.S. or foreign operations of a company. These expenses, such as state income taxes, research and development costs, stewardship costs, and interest expenses, are apportioned to the various baskets of foreign source income, therefore reducing the limitations for the respective baskets. Reg. §1.861 includes various allowable methodologies for allocation and apportionment.

Essentially, these expenses are not allocated to the activities of the entity or entities that incur them but are instead allocated between U.S. source income and foreign source income.

How are foreign entities classified for federal income tax purposes?

The U.S. income tax treatment of international activities varies significantly depending on the type of entity conducting the activity. 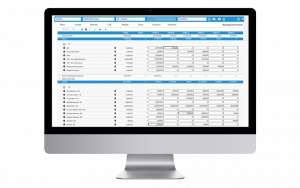 The most powerful ASC 740 calculation software on the market, Bloomberg Tax Provision solves the technical and process issues involved in calculating your income tax provision.

What effect do foreign branches have on the income tax provision?

A foreign branch is a foreign taxpayer that is also either:

The foreign tax credits associated with foreign branches are §901 or direct credits. Direct credits are for taxes paid directly to the foreign country by a U.S. taxpayer based on net income.

The foreign source income and related foreign tax credits from foreign branches are accounted for in the Branch FSI basket.

The Branch FTC basket has the effect of segregating the activities of branches from those of controlled foreign corporations.

A foreign branch will calculate a separate current, deferred, and non-current income tax provision for each jurisdiction in which it is subject to tax. 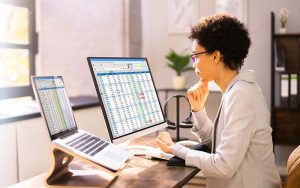 ASC 740 governs how companies, including U.S. parents of controlled foreign corporations, recognize the effects of income taxes on their financial statements under U.S. GAAP.

Bloomberg Tax brings expert context and unmatched content so that financial accounting professionals can navigate the nuances of U.S. GAAP with confidence. Access practitioner-authored analysis and interpretations in our Portfolios to help you develop and implement complex accounting strategies. Don’t have access? Request a demo.

This guide provides a comprehensive analysis of the treatment of uncertain tax positions under the FASB Accounting Standards Codification.