ASC 740 governs how companies recognize the effects of income taxes on their financial statements under U.S. GAAP.

Calculating the provision for income taxes under ASC 740 is challenging enough for a U.S.-based company, but it presents a unique challenge for controlled foreign corporations, which must calculate a separate current, deferred, and non-current income tax provision for each jurisdiction in which it is subject to tax. However, the market’s most powerful tax provision software provides practitioners an accurate calculation, intuitive design, and thorough footnotes.

Learn more about how to calculate your ASC 740 tax provision accurately and efficiently with in-depth articles and how-to videos.

What is a controlled foreign corporation?

Controlled foreign corporations, or CFCs, are entities that are directly or indirectly more than 50% controlled by a U.S. parent but organized under foreign law. For U.S. income tax purposes, they are treated as corporations. CFCs typically do not have U.S. operations.

The dividends received deduction (DRD) under Sec. 245A offsets the U.S. impact of any foreign dividends from CFCs. This DRD is sometimes referred to as the “exempt basket.”

Since the Revenue Act of 1962, which refined the definition of a CFC, Subpart F of the Tax Code has required Subpart F income (made up of mainly passive income) to be included in the current-year taxable income of a CFC’s United States shareholder, whether or not the CFC distributes that income to the shareholder in the current year.

Today, CFCs are still subject to the Subpart F rules, but the global intangible low-taxed income (GILTI) and the base erosion and anti-abuse tax (BEAT) regimes expand the range of situations where U.S. tax may be imposed on some or all of the earnings of a U.S. corporation’s CFC’s operations. 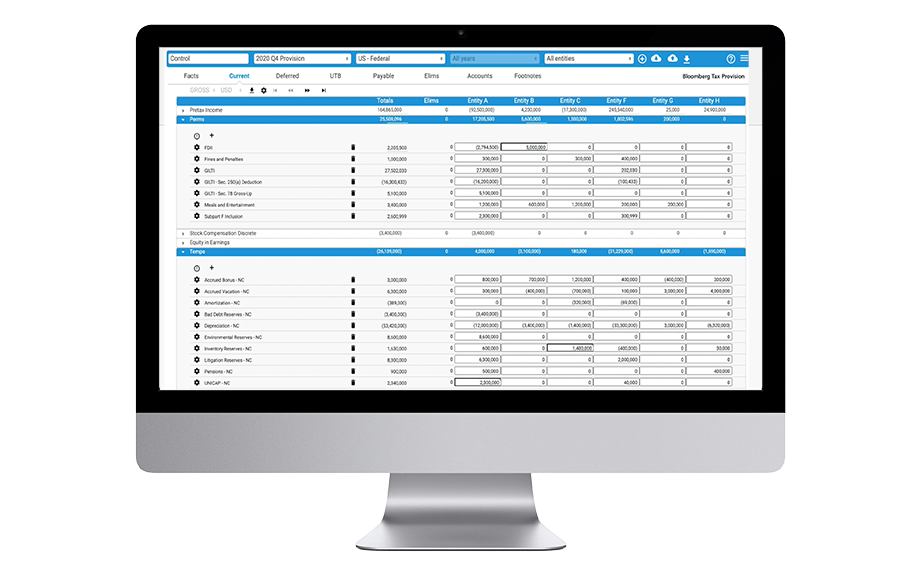 Find answers to the technical and process challenges that arise when calculating your ASC 740 income tax provision with this comprehensive guide.

How is permanent reinvestment accounted for under ASC 740?

ASC 740 allows a specific exception to the recognition of a deferred tax liability on the outside basis difference/U.S. tax consequences of repatriating the historic earnings of a foreign corporation or foreign corporate joint venture if the earnings are expected to be permanently reinvested outside of the U.S. To satisfy the indefinite reversal criteria, a company must have a plan to reinvest its foreign earnings.

A company may make distributions out of current year earnings without contradicting an assertion that it is permanently reinvested with respect to historic earnings.

Though the indefinite reversal criteria are most often applied to the earnings of a CFC owned by a U.S. parent, the permanent reinvestment assertion is available to any corporation and corporate joint venture that would constitute a foreign entity from the perspective of its parent.

The repatriation of historic earnings from a foreign entity that has asserted the indefinite reversal criteria does not constitute positive evidence when considering the need for a valuation allowance against a deferred tax liability. 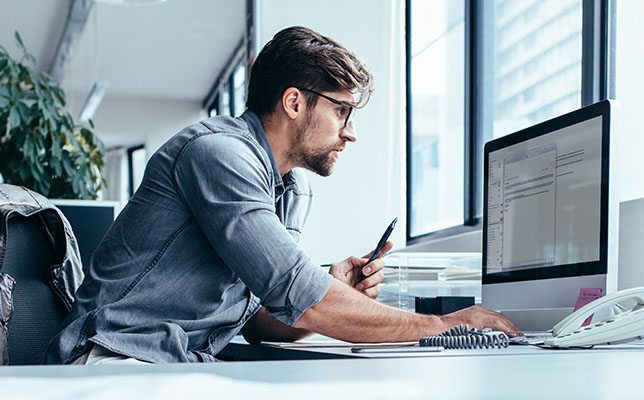 From accounting for NOLSs to business combinations, Bloomberg Tax Provision covers the needs of tax professionals. Learn more about how to calculate your ASC 740 tax provision accurately and efficiently with in-depth articles and how-to videos.

A CFC must calculate a separate current, deferred, and non-current income tax provision for each jurisdiction in which it is subject to tax.

Accordingly, practitioners should calculate the U.S. tax effects associated with the repatriation of a CFC’s earnings based on the expected manner of repatriation – often a dividend. The calculation should include any foreign tax credit and foreign exchange impacts that would be triggered upon repatriation.

A CFC must track its annual earnings and profits (E&P). E&P represents the economic profit of the CFC and its ability to pay dividends. E&P is similar in concept to retained earnings but subject to certain adjustments.

The accumulated E&P of the CFC is tracked in the company’s functional currency. Dividends are deemed to arise from current year E&P and then from historic E&P. To the extent that the company has no E&P, dividends are treated as a nontaxable return of capital. 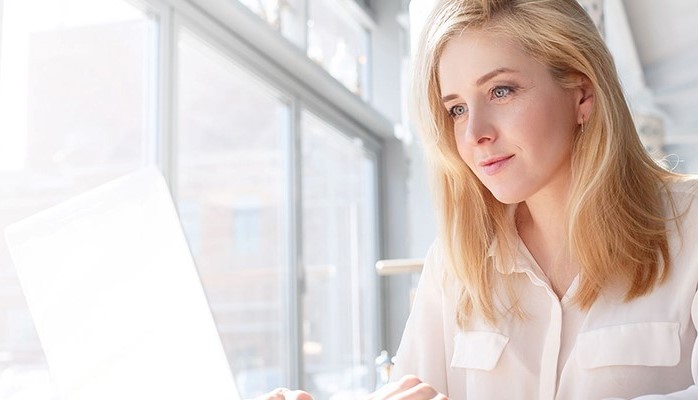 What effect does Subpart F have on the provision for income taxes?

Subpart F provides for several exceptions to the general rule of deferral of current taxation on the income of a CFC.

Subpart F income is considered a deemed taxable dividend from the CFC to its U.S. parent, followed by a subsequent capital contribution back to the CFC.

U.S. tax law allows taxpayers to claim deemed paid or indirect foreign tax credits based on the proportion of taxes paid by a CFC on its distributed (deemed or otherwise) earning and profits.

A dividend or deemed dividend is generally included in the appropriate foreign source income basket based on whether it arose from trade or business activity versus passive activity.

Two common types of Subpart F income are foreign personal holding company income and foreign base sales company income. Numerous exceptions and additional complexities to the general rules must be analyzed to conclude the appropriate amount of Subpart F in a given year.

Generally, a CFC’s interest income, dividends, royalties, and gains on sale of property not used in a trade or business are considered foreign personal holding company income (FPHCI) for Subpart F. FPHCI is taxable to the U.S. shareholders of the foreign corporation at the time it is earned.

FBSCI is typically general base foreign source income for the purposes of calculating the foreign tax credit. 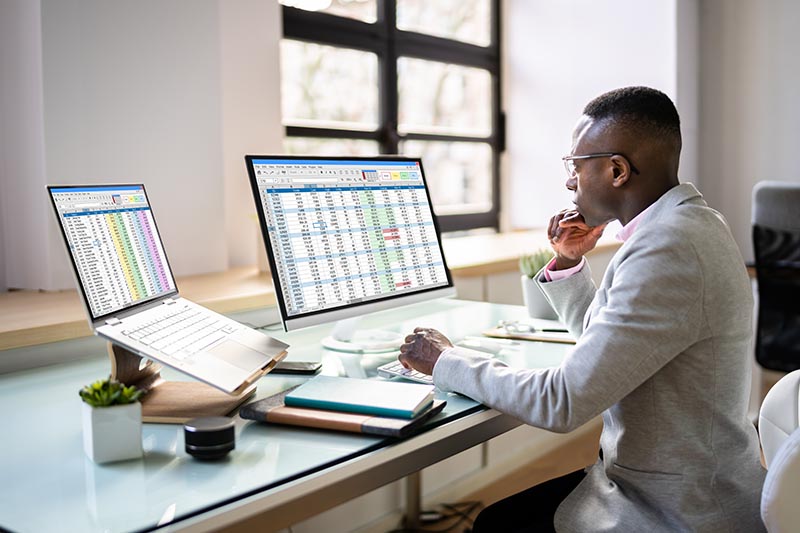 Explore a topic: How to calculate the ASC 740 tax provision

Learn the fundamentals of ASC 740, how to calculate the tax provision, and what tool can make the process easier.

The creation of the GILTI and BEAT regimes expanded the range of situations where U.S. tax may be imposed on some or all of the earnings of a U.S. corporation’s CFC’s operations.

Under U.S. tax law, the Section 78 gross-up is the mechanism for addressing the inherent tax included in E&P.

U.S. corporations that satisfy ownership and other requirements are permitted to take an indirect foreign tax credit for taxes paid on the profits from which dividends were distributed. Under IRC Sec. 78, these taxes are “deemed paid” by the U.S. corporations. Consequently, the dividend income is “grossed up” by the amount of taxes deemed paid on the income from which the dividend was paid.

How does GILTI affect the ASC 740 tax provision?

In the context of GILTI, the term “intangible” is a misnomer in that it does not relate to income from actual identified intangibles. Instead, it is a deemed amount above a 10% return on fixed assets.

The GILTI inclusion is calculated based on the following equation:

For each CFC, Net Tested Income is the income for the year less any Subpart F or other designated items. In other words, Subpart F is always taken into account prior to GILTI.

Qualified Business Asset Investment (QBAI) is equal to the depreciable tax basis (under the Alternative Depreciation System (ADS)) of the CFC.

The GILTI calculation is complex in that it involves an aggregate analysis at the U.S. shareholder level and then an allocation of those outcomes back to the related CFCs.

[Our comprehensive GILTI Regulations Roadmap explores the four provisions within the preamble that were substantially revised between proposal and finalization.]

Since expenses are allocated against GILTI, a company will incur a current tax payable associated with GILTI despite the allowance of foreign tax credits and Sec. 250 GILTI deduction.

For 2018 through 2025, there is a 50% deduction for the GILTI inclusion and the related Sec. 78 gross-up. For tax years beginning after December 31, 2025, that deduction will be reduced to 37.5%. The deduction under Sec. 250 has the impact of limiting the adverse effects of GILTI.

Sec. 250(a) also addresses foreign-derived intangible income (FDII), which is a U.S. corporation’s income that is deemed to be derived from the sale of goods, provision of services or license of intellectual property for non-U.S. use.

The amount of FDII is a complex calculation. Deemed intangible income (DII) is a U.S. corporation’s net income reduced by a fixed 10% return on Qualified Business Asset Investment (QBAI), similar to the GILTI calculation. DII is multiplied by a foreign-derived ratio, which represents the portion of the DII related to exports for use outside of the U.S.

The deduction is subject to limitations related to GILTI and taxable income under Sec. 250(a). 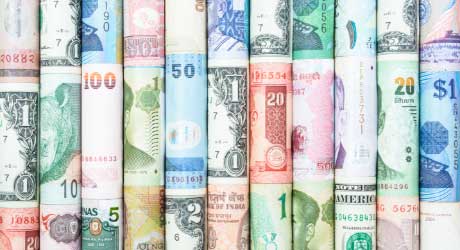 Our comprehensive roadmap explores the four provisions within the preamble that were substantially revised between proposal and finalization.

Bloomberg Tax brings expert context and unmatched content so that financial accounting professionals can navigate the nuances of U.S. GAAP with confidence. Access practitioner-authored analysis and interpretations in our Portfolios to help you develop and implement complex accounting strategies.

See it for yourself