Transfer pricing is a mechanism for determining arm’s length pricing in related-party transactions, often in the context of cross-border related-party transactions. The U.S. transfer pricing regulations under §482 seek to ensure that appropriate amounts of income of a multinational enterprise are subject to U.S. taxation. The Organization for Economic Cooperation and Development (OECD) also maintains its own guidelines related to transfer pricing. Collectively these regulations aim to prevent profit shifting to lower tax jurisdictions and avoid international double taxation.

What standard does the IRS use in administering transfer pricing?

The IRS can make transfer pricing adjustments to transactions between “two or more organizations, trades, or businesses” that are owned or controlled by the same interests. The IRS generally makes adjustments to transactions between persons that are owned or controlled, directly or indirectly, by the same interests (“related persons”). 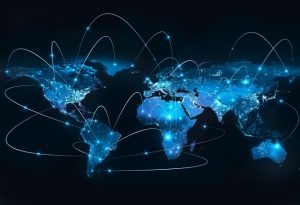 Our team explores all the nuances of the changes to §179, including insights on full expensing, used property, and first-year expensing. Plus, look at what the changes could mean for restaurants and retailers, as well as ramifications for state taxes.

How can taxpayers avoid transfer pricing penalties under § 6662?

Taxpayers can generally avoid incurring a penalty with respect to a transfer pricing adjustment if: 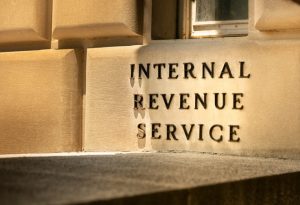 This portfolio is foundation of Bloomberg Tax’s Transfer Pricing Portfolio Series. It covers the evolution of §482, analyzes its regulations, and reviews related case law.

What guidelines does the OECD offer regarding transfer pricing?

The Organization for Economic Cooperation and Development (OECD) first published its Transfer Pricing Guidelines for Multinational Enterprises and Tax Administrations in 1995. Reflecting an ongoing focus on international tax challenges including transfer pricing issues. The OECD has since continuously revised and supplemented the guidelines.

The guidelines include a preface, a glossary, and ten topical chapters, which have been supplemented with a number of annexes. The most recent edition went into effect in 2018, following a substantial revision and expansion as part of the Base Erosion and Profit Shifting (BEPS) initiative.

Like the IRS, the OECD employs the arm’s length principle because it “provides broad parity of tax treatment for members of [multinational enterprise] groups and independent enterprises,” avoiding the creation of “tax advantages or disadvantages that would otherwise distort the relative competitive positions of either type of entity.” The guidelines state that the arm’s length principle “has also been found to work effectively in the vast majority of cases.”

Aside from updating its official transfer pricing guidelines, the OECD continues to carry out significant work related to transfer pricing issues, including recent guidance about the impact of the Covid-19 pandemic. 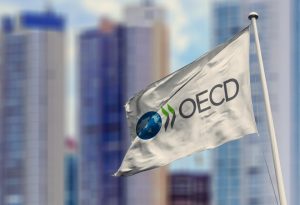 This portfolio describes and interprets the OECD’s Transfer Pricing Guidelines for Multinational Enterprises and Tax Administrations, as in effect on June 21, 2018.

What are some examples of transfer pricing disputes?

A U.S. Tax Court ruled that Coca-Cola Co. must pay most of a $3.4 billion additional tab ordered by the IRS for attributing too much profit to foreign affiliates.

The Tax Court’s decision Wednesday upheld the IRS’s method for reallocating profits between Coca-Cola and affiliates that made and sold ingredients for the company’s soft drinks. The ruling pertained to the company’s taxable income between 2007 and 2009.

In 2020 the U.S. Supreme Court announced that it would not review the Ninth Circuit 2019 decision in the semiconductor manufacturer Altera Corp. case. That decision required the cost of employee stock-based compensation (“SBC”) to be included in the pool of intangible development costs (“IDC”) under cost sharing arrangements (“CSA”). This decision has had important implications for companies where their SBC costs were excluded from IDC under a CSA.

The Medtronic case centers on the company’s allocation of profits for tax purposes between its U.S. parent company, U.S. distributor, and Puerto Rican device manufacturer. While the IRS argued that the company owed nearly $1.4 billion in taxes, the U.S. Tax Court found in a 2016 opinion that it had underpaid by just about $14 million. In 2018, though, the U.S. Court of Appeals for the Eighth Circuit sent the case back, ordering the Tax Court to make numerous additional findings.

The tech giant is challenging a $1.73 million tax bill for 2010 that hinges on the value of intangible assets, such as trademarks and copyrights, that it transferred to an Irish subsidiary. The IRS claims that these assets are worth $13.8 billion—more than twice as much as Facebook’s $6.5 billion valuation. The company said in a January 10-K filing that as much as $9 billion plus interest and penalties could be on the line because the IRS’s position could apply to its subsequent tax years. 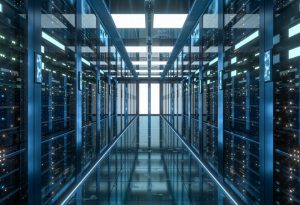 This special report contains case studies and an overview of digital technology trends that interact with key tax issues companies must actively navigate.

Bloomberg Tax Research is pleased to offer the full text of the current Internal Revenue Code free of charge. This site is updated continuously and includes Editor’s Notes written by expert staff at Bloomberg Tax indicating when a section has been repealed or when there is a delayed effective date, allowing you to see the current and future law. Links to related code sections make it easy to navigate within the IRC.

Allocation Of Income And Deductions Among Taxpayers

Transfer To Corporation Controlled By Transferor

From in-depth research and analysis to timesaving practice aids, Bloomberg Tax Research has the resources you need to provide informed advice.

Access to this information requires a subscription to Bloomberg Tax Research. Don’t have access? Request a demo.

Refer to this flowchart, part of our transfer pricing working papers, to identify the best method under § 482 regulations.

This chart provides a simple and clear overview of transfer pricing rules and developments country by country.