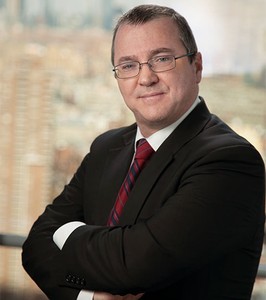 In his more than two decades of experience in both the U.S. and Israel, Yoram Keinan has developed a wide-ranging tax practice and has represented multinational entities, banks, insurance companies, hedge funds, private equity funds, REITs, real estate developers and high net-worth individuals. In addition, Yoram has developed extensive experience with respect to the domestic and international taxation of financial products and institutions.

Prior to joining Kostelanetz & Fink, Mr. Keinan served as a partner at Smith Gambrell & Russell, and headed the Tax Practice at Carter Ledyard & Milburn. He also served as shareholder at Greenberg Traurig’s Tax and International Tax Practices, as senior manager with Ernst & Young’s National Tax Department, as an associate with Shearman & Sterling’s Tax Practice, and as a manager with Ernst & Young’s tax department in Israel. Mr. Keinan also practiced tax law in Israel for several years prior to his arrival at the United States and has been a member of the Israeli Bar since 1996.

Mr. Keinan is a member of the New York Tax Club and the current chair of the American Bar Association Tax Section’s Banking Committee.  He has taught courses on the taxation of financial instruments at both the University of Michigan Law School and Georgetown University Law Center. He has also lectured on the economics of taxation Harvard University, the University of Florida, and American University.