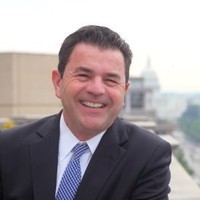 Mr. Nagel is Vice President and Chief Tax Officer for Gannett in McLean, Virginia. Previously, Mr. Nagel was in private practice representing well known clients on tax and business matters, including multi-million dollar controversies. He was a partner with Crowell & Moring LLP and Reed Smith LLP. He served as of counsel with Sullivan & Worcester LLP. He has held positions with Reed Smith and Sullivan & Worcester LLP, in their Washington D.C. office.

Mr. Nagel is an adjunct professor at the Georgetown University Law Center. He is a past Chair of the American Bar Association State & Local Tax Committee, a former member of the District of Columbia Tax Revision Commission and on governors' task forces in New York and Virginia. He also served as counsel to the United States Advisory Commission on Electronic Commerce.

Mr. Nagel was chief tax executive for MCI Communications where he held the title of Vice President and General Tax Counsel and previously held tax management positions at TWA and AT&T. He was president of Peracon, an on-line commercial real estate portfolio company.

Mr. Nagel is the editor and principal author of the Law Journal Press treatise, State Business Taxes, is the co-author of the law school textbook, Leading U.S. Supreme Court State Tax Cases, and has authored or co-authored dozens of published articles. Mr. Nagel has a B.A, an M.B.A., and a J.D. from Rutgers University and an LL.M. from Georgetown University Law Center. Mr. Nagel is admitted to practice law in the District of Columbia, New Jersey and before the U.S. Supreme Court.