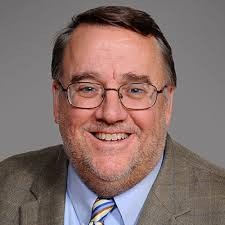 Todd Maynes, a partner in Kirkland's Chicago office, focuses his practice on the tax aspects of debt restructuring, bankruptcy and tax litigation. Todd has served as Chair of the Planning Committee for both the University of Chicago Federal Tax Conference and the Chicago-Kent College of Law Federal Tax Institute. He teaches bankruptcy taxation at Northwestern University School of Law, previously taught advanced income taxation at Chicago-Kent College of Law, and lectures regularly at the University of Michigan Law School. Todd is the only currently practicing tax attorney who is a member of the National Bankruptcy Conference. He is also co-chairman of the Kirkland & Ellis Finance Committee, chairman of the Kirkland & Ellis Benefits Committee, member of the Firm's Operations Committee, administrator for the Firm's retirement plans and Tax Matters Partner for the Firm.

Todd has represented corporations and individuals before the United States Supreme Court, the United States Court of Appeals, the United States Tax Court, the United States Court of Claims, federal district court and various state courts. He has been named in Chambers USA, America's Leading Lawyers for Business since 2004. Todd has been the lead tax advisor in numerous major bankruptcies and restructurings, including United Airlines, Conseco, Calpine, Charter Communications, Visteon and WR Grace. The Chambers USA 2014 edition had commentators praise him as a "terrific lawyer" who is "integral on an international basis." Chambers USA also said that Todd has a "spectacular" reputation in the bankruptcy tax area, and is a "talented and very smart man." Todd was the principal tax attorney in structuring the Charter Communications bankruptcy and obtained a favorable IRS ruling on that transaction, called by the federal bankruptcy court as perhaps the "largest and most complicated prepackaged bankruptcy in history."

Todd has been involved extensively in the representation of airlines. He was the principal tax attorney for United Airlines during its bankruptcy, and was special tax counsel to each of Delta Airlines and Northwest Airlines in their bankruptcies. Todd was the lead attorney representing members of the airline industry in obtaining a favorable ruling from the IRS on the tax treatment of service fees, such as baggage fees, cancellation fees, change fees and related service offerings.