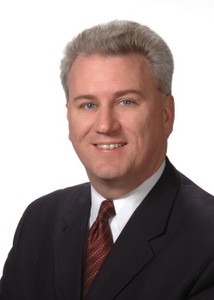 Mr. Zaino is Managing Member and founder of Zaino Hall & Farrin LLC, a law firm based in Columbus, Ohio. He assists clients with multistate business tax issues, representing many multistate and multinational companies and their owners and executives before state departments of revenue, government agencies, courts in Ohio and the Ohio General Assembly.

Prior to founding the firm, Mr. Zaino was an attorney with a multistate law firm where he served as Chair of the Multistate Tax Practice Group, Member-in-Charge of the Columbus, Ohio office and on the Board of Directors. As Special Tax Counsel to the Ohio Business Roundtable, an organization made up of the CEO's of Ohio's largest businesses, Mr. Zaino was instrumental in development of Ohio's commercial activity tax.

From 1999 to 2003, Mr. Zaino served as Ohio's tax commissioner under Governor Bob Taft, where he chaired the bipartisan Committee to Study State and Local Taxes and developed the Ohio Business Gateway. Previously Mr. Zaino was a tax consulting partner at PricewaterhouseCoopers, LLP where he was a founding member of a special project management service provided to large businesses to assist in the implementation of significant business process and legal entity changes.

Mr. Zaino is a founding member of the Independent SALT Alliance, a national not-for-profit association of independent providers of professional state and local tax services. He is a member of the American Bar Association's State and Local Tax Committee, serves as Chair of the Board of Directors of the Ohio Chamber of Commerce and Chair of the Executive Committee of the Ohio Society of CPAs. Tom also serves as Treasurer of The Manufacturing Policy Alliance.