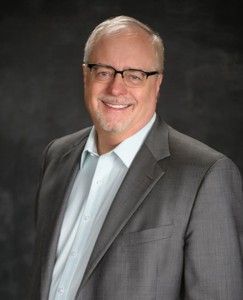 The Managing Member of The Law Offices of Thomas D. Sykes LLC in Chicago, Thomas Sykes focuses his practice on tax compliance and controversies, including tax litigation in all forums. He has a blue-chip, nationwide federal tax practice in which he advises or represents many of the nation's most successful, recognizable, and prestigious clients, including several very large state-owned institutions of higher education. He also handles tax controversies respecting state and local taxation, including those with the Illinois Department of Revenue and the City of Chicago. To his practice, Tom brings several key elements, including: 33 years of technical tax experience; almost 14 years of federal government service in Washington, D.C., where he represented the IRS in tax disputes nationally; 37 years of first-chair, in-court, trial and appellate experience; almost 5 years as a prosecutor in the Midwest.

Tom was at the forefront of the rapidly evolving litigation over FICA tax paid on stipends provided to medical residents – litigation that in March 2010 led the IRS to announce that medical-resident stipends are not subject to FICA for periods before April 1, 2005. This reversal of a long-time litigation position respecting an issue worth many billions of dollars is one of the most notable reversals in IRS history. At the time of the IRS's capitulation, Tom was lead counsel in more FICA-related cases than any other attorney in the nation, and the only attorney identified by The Legal 500 (2010 ed.) for work in this field. In follow-on litigation, he currently represents many teaching hospitals seeking additional statutory interest upon refunds made in a putative class action filed in the Court of Federal Claims. In addition to his in-court practice, Tom represents taxpayers before the IRS's Examination, Collection, Appeals, and Criminal Investigation Divisions, and before the IRS National Office.

After leaving the U.S. Department of Justice in 1998, Thomas was a partner with a D.C. tax boutique, a partner with McDermott Will & emery LLP, and a shareholder with Greenberg Traurig, LLP.