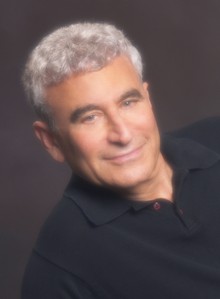 Professor Pomp has been admitted as an expert witness in more than 30 states and the federal district courts, and has appeared in more than 100 cases. He serves as counsel and a litigation consultant to law firms, corporations, accounting firms, and state tax administrations. He has participated in various capacities in Supreme Court litigation.

Professor Pomp has also served as a consultant to cities, states, the Multistate Tax Commission, the Navajo Nation, the U.S. Congress, the U.S. Treasury, the Department of Justice, the IRS, the United Nations, the IMF, the World Bank, and numerous foreign countries, including the People's Republic of China, the Republic of China, Indonesia, the Gambia, Zambia, Mexico, the Philippines, Pakistan, India, and Vietnam. He is the former Director of the New York Tax Study Commission. Under his tenure, New York restructured its personal and corporate income taxes, and created an independent tax court.

Professor Pomp's casebook, State and Local Taxation, now in its 8th edition, has been used in more than 100 schools, state tax administrations, and major accounting firms for their internal training. Portions of the casebook have been translated into Chinese, Dutch, German, Japanese, Spanish, and Vietnamese. He is also the author of more than 100 articles, numerous chapters in books, and various books and monographs. His writings have also appeared in The New York Times, The Wall Street Journal, and the Financial Times.

In addition to the local and regional media, Professor Pomp has been interviewed by NPR, Bloomberg Radio, The New York Times, The Wall Street Journal, The Washington Post, the Christian Science Monitor, the Los Angeles Times, the Minneapolis Star Tribune, the Sacramento Bee, The Baltimore Sun and The International Herald Tribune.

In 2007, he received the NYU Institute on State and Local Taxation Award for Outstanding Achievement in State and Local Taxation. In 2011, he received the Bureau of National Affairs (BNA) Lifetime Achievement Award. He was the 2012 winner of the University of Connecticut’s Faculty Excellence in Teaching - Graduate Level. Tax Analysts selected him as its 2013 State Tax Lawyer and Academic of the Year. In 2014, he received the Council on State Taxation’s Excellence in State Taxation Award. The Connecticut Law Tribune selected him for a 2015 Professional Excellence Award. He recently won the Perry Zirkel '76 Distinguished Teaching Award.