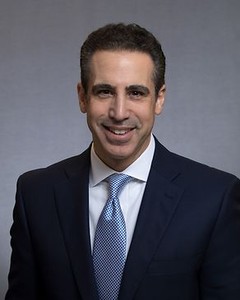 Peter A. Lowy, a shareholder in Chamberlain Hrdlicka's Houston office, is best known for his tax controversy work and deep experience in the energy sector. He also advises corporations and other taxpayers in a broad spectrum of industries on tax compliance issues, tax planning, and risk management. He regularly works with the Internal Revenue Service and the Texas Comptroller's office on a wide range of matters.

Prior to entering private practice, Mr. Lowy developed more than a decade of experience handling U.S. federal and state tax controversies for two of the world's largest corporations, Exxon Mobil Corporation and Royal Dutch Shell; he also served in an executive position as the Global Tax Dispute Resolution Manager for Shell, with worldwide management responsibilities for Shell's tax litigation matters. Mr. Lowy began his legal career with two federal judicial clerkships, for a U.S. District Court in Louisiana and then for the U.S. Tax Court in Washington, DC.

Mr. Lowy is active in professional organizations including the American Bar Association Tax Section, where he is currently a member of Council and previously chaired several committees including the Committee on Court Procedure & Practice (the ABA's main civil tax litigation committee) and the Energy & Environmental Taxes Committee. He has also served as an adjunct law professor at two law schools where he taught Tax Controversies, and is widely published on tax audits and litigation-related subjects.

Dedicated throughout his career to pro bono work, Mr. Lowy devotes substantial time each year to represent underprivileged taxpayers. A leader in the pro bono field, Mr. Lowy is a past chair of the ABA Tax Section's Pro Bono Committee and coordinates a pro bono program for the U.S. Tax Court. In 2003, his work with disadvantaged taxpayers earned him the ABA Tax Section's Pro Bono Award. In 2015, his pro bono work earned him the Access to Justice Award from the New York State Courts.