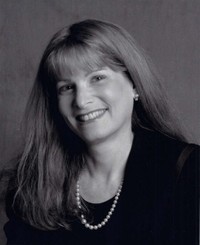 Nina Crimm currently is an Access to Justice Fellow at the Lawyers Clearinghouse in Boston, Massachusetts. She is working on a project involving strategic planning for nonprofit organizations.

Before retiring in 2015 from the St. John’s University School of Law faculty, she was the Frank H. Granito, Jr., Faculty Scholar. She is the co‐author ﴾with Professor Laurence H. Winer﴿ of two books: God, Schools, and Government Funding: First Amendment Conundrums ﴾published in 2015 by Ashgate Publishing, Ltd.﴿ and Politics, Taxes and The Pulpit: Provocative First Amendment Conflicts ﴾published in 2010 by Oxford University Press﴿. She also is the author of Tax Court Litigation: Practice and Procedure, published in 1992 by Little, Brown and Company. For several years, she was "The Quarterly Commentator" for The Exempt Organization Tax Review, timely commenting on various policy and legal matters affecting nonprofit organizations. She is the author of numerous book chapters, and law review and journal articles focused on her area of expertise — nonprofit organizations, taxation, and domestic and foreign policies relevant to cutting edge issues involving national security, the First Amendment's Free Speech and Religion Clauses, and healthcare policies and practices, especially as impacting vulnerable population segments.

Ms. Crimm began her legal career in Washington, D.C. as law clerk for Judge Irene F. Scott, United States Tax Court; practiced in a Washington, D.C. law firm in the area of federal taxation; worked as Attorney‐Advisor/Senior Attorney in the Office of the Chief Judge of the United States Tax Court; and was a member of the full‐time faculty of George Washington University School of Government and Business Administration. She became a professor at St. John’s University School of Law in fall 1987.

She was the 2011‐2012 James and Mary Lassiter Distinguished Visiting Professor of Law at the University of Kentucky, College of Law. This distinguished visiting chair position recognizes a law school faculty member who has “demonstrated outstanding achievement in his or her field.” During June 2011, she was the 2011 “chercheur invitee” ﴾invited scholar﴿ for the Institut des Mondes Anglophone, Germanique, and Roman, a University Paris‐Est research institute exploring relationships of religion, politics, national discourse, and culture in the English speaking world, among other topics. She was Professor in Residence at The Urban Institute Center on Nonprofits and Philanthropy in Washington, D.C. in spring 2011. In that position she collaborated with the Center's Director on a project involving First Amendment issues affecting nonprofit organizations. She was a Visiting Professor of Law and Visiting Scholar in Residence at Arizona State University College of Law for several semesters in 2003‐2005. She was one of two national recipients for 2002‐2003 of a research grant by the prestigious Washington, D.C. nonpartisan nonprofit organization, the American Tax Policy Institute. Through an international competition, she was awarded the ATAX Research Fellow at the University of New South Wales, a division of the University of New South Wales School of Law, in Sydney, Australia in Summer 2001. She has been an Adjunct Professor of Law at several New York area law schools.