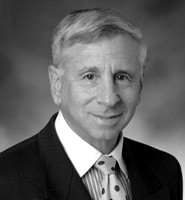 Michael Sanders is the lead partner of Blank Rome LLP's Washington, D.C., office tax group. He focuses his practice in the area of taxation, offering particular knowledge in matters affecting partnerships, limited liability companies, S-corporations, real estate, tax controversy, and estate planning, including trusts and estates. He also has a large practice in the area of exempt organizations involving healthcare and low-income housing, associations and joint ventures between for-profits and nonprofits, as well as structuring New Markets Tax Credit (“NMTC”) and Historic Tax Credit (“HTC”) transactions. He regularly serves as an expert witness in complex litigation.

Michael has been recognized by Chambers USA as a leading tax attorney, with clients noting that he is “very hard-working and talented” and praising his “extensive relations within the industry and extensive knowledge on the rules and regulations.” In 2007, he was selected from a field of the nation's leading lawyers and judges as a finalist for the Lawdragon 500 based upon his current impact on the biggest issues and deals in the law.

Prior to Blank Rome, Michael served as an attorney-adviser to the assistant secretary of tax policy at the Office of Tax Legislative Counsel and as a trial attorney at the U.S. Department of Justice (Attorney General’s Honors Program).

In 2016, Michael was honored by The George Washington University Law School for his 40 years of teaching at the law school.