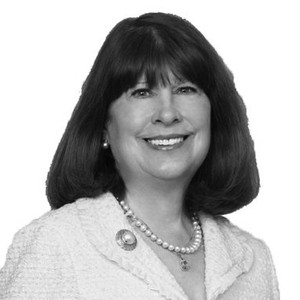 Carol balanced the concurrent goals of minimizing tax consequences and complying with the law, and provided clients with extensive experience in cross-border restructuring transactions, inbound corporate transactions, withholding matters and treaty interpretation issues, as well as cross-border taxation of corporate executives and the US taxation of non-US citizens. She also advised clients on tax issues involving intellectual property transactions.

Before joining Eversheds Sutherland (US), Carol worked at the IRS for over 14 years. She began her career as a docket attorney in the IRS Office of Associate Chief Counsel (International) and then became a Special Assistant to the Assistant Commissioner (International). While at the IRS, she participated in a number of income tax treaty negotiations, was the IRS National Office adviser in several US Tax Court cases, and worked on various regulations and other guidance, including significant participation in developing regulations concerning the taxation of software transactions.

Her in-depth experience and knowledge of these topics made her a highly sought-after speaker and author, which included, among many other things, authoring the Bloomberg Tax Treatise “Payments Directed Outside the United States – Withholding and Reporting Provisions Under Chapters 3 and 4.” In March of this year, Carol was elected to serve as President of the USA Branch of the International Fiscal Association, Inc. (IFA USA). She was the IFA USA Executive Vice President for the past two years, and her election made her the first woman president of the USA branch since its inception more than 60 years ago.

In addition to her position at IFA USA, Carol was past Council Director of the American Bar Association’s (ABA) Section of Taxation; was a fellow at the American College of Tax Counsel; Vice Chair of ABA’s Continuing Legal Education Committee; and a Fellow of the American Bar Foundation, among other professional associations.

Carol also played a very active role in the community and was committed to many causes inside the firm, including for example, the Southern Poverty Law Center. Carol received her LL.M. in Taxation from the Georgetown University Law Center (1983), her J.D. from the University of Maryland School of Law (1981) and her B.A. from the College of William and Mary (1964).