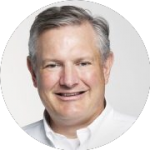 Tadd Fowler’s role as vice president, global tax at Procter and Gamble gives him a wide-ranging perspective on how U.S. tax legislation can affect the operations of global companies. He shares his insights on the potential impact of the Tax Cuts and Jobs Act.

What areas of your industry do you expect to be most affected by the TCJA and what strategies are you developing to deal with them?

The rate cut and move toward a quasi-territorial tax system were a giant leap forward in terms of U.S. competitiveness. Importantly, eliminating the lock-out effect of the previous worldwide system should improve the long-run competitiveness of U.S. firms in our industry because U.S. tax is no longer a material capital constraint.

In the short- and medium-term, finalizing implementation of the TCJA via the regulatory process is a key priority. Several difficult international issues remain unresolved for P&G, including expense apportionment to the GILTI basket and several details around FDII. Other U.S. and foreign companies in our industry may have additional concerns with the thin capitalization, BEAT, and hybrid rules that also are still in process.

In addition, companies face the need to create and/or restructure internal processes and dedicate resources to comply with many of TCJA’s complexities. These include gathering and analyzing “new” data needed to track Previously Taxed Earnings, QBAI, tax basis, and other variables.

Longer-term, expiration of the individual tax rate cuts puts potential pressure on maintaining the corporate tax rate reduction, and will require a continued effort by industry to educate policymakers on the importance of a competitive corporate tax system (which starts with the “headline” rate.)

What do you see as the most fair and equitable model on which to structure a tax on digital activities?

There is broad recognition of the need to rethink taxation of “digital” business models. It is not clear, however, whether any solution that would “ring-fence” digital activities would be desirable or ultimately successful.

It seems the digital project is drifting toward a broader debate about allocating profit to the “market” and/or “user” location(s). As a company that is not necessarily highly digitized, our experience is that the arms-length standard works. We have invested significant resources over the past decade sharing our business model with governments around the world, and confirming that our application of the ALS results in the proper allocation of profit for tax purposes.

By our estimates, P&G’s network of bilateral APA’s validates that we are appropriately allocating profit for the over 70 percent of global earnings represented by the APA’s. If governments collectively determine a change is needed, we would hope that model would have as its foundation the allocation of profits based on real and substantive business economics and activities, which is to say, on the current transfer pricing framework with perhaps some slight modification.

In addition, we would hope any such model would be simple to administer for both taxpayers and governments, have global consensus to enable multilateral implementation and avoid significant unilateral actions and controversy, eliminate double taxation and double non-taxation, and have some theoretical justification for the change — which could in part be justified by substantially enhanced certainty.

What are the biggest challenges your company faces in managing its international tax position?

The things that immediately come to mind are the continued volatility and uncertainty around global tax and trade policy, the increase in complexity and number of tax compliance and reporting obligations around the world, and the challenge in finding and recruiting top tax talent.

Loren Ponds, a member with Miller & Chevalier, advises clients on the impact of tax policy. She provides an overview of strategies for dealing with the Tax Cuts and Jobs Act.

Paul Nolan, vice president of tax and government affairs with McCormick & Company, manages a worldwide range of tax relationships. He offers thoughts on the qualities that underpin effective global strategies.

Why Investor Due Diligence on Opportunity Zones Remains Critical