Changes wrought by digitalization on the world economy have forced governments to rethink how they tax corporate income. The slow movement in initiatives by the Organization for Economic Cooperation and Development (OECD) toward a framework that can more adequately address the digital tax environment has been hampered by differing national perspectives, and target dates have been delayed because of Covid-19. The pandemic has increased governments’ need for cash because business shutdowns have reduced tax collections and governments need to make stimulus payments.

Simultaneously, the pandemic has highlighted the ability of digitally based businesses to continue (or grow) profitable operations in the distressed economy. As a result, there is increased uncoordinated activity in developing national plans to tax earnings of digitalized activity.

What are the key tax challenges posed by digitalization of the economy?

The digital economy has weakened governments’ ability to tax business income from cross-border activities. Digitalization has undermined the earlier structure in which businesses normally had some sort of physical presence – referred to as a permanent establishment – in a given jurisdiction that gave authorities a tangible basis against which to secure tax compliance.

E-commerce now lets entities sell goods and many services to customers located anywhere in the world without a local physical presence. It also means the revenue they generate may not touch the jurisdiction’s financial system, removing a nexus that would otherwise allow monitoring of transactions.

The expansion of e-commerce also has raised the importance of intangible assets – mainly intellectual property – as a factor in the income generation process. The heavy intangible input has opened the opportunity for companies to use accounting techniques and differences in national rates to manage their tax liability in a manner that works against tax collecting authorities. 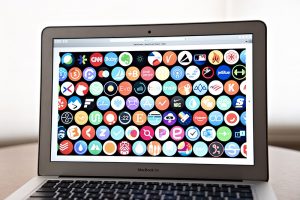 A high-level summary of digital service taxes and other unilateral measures enacted or proposed in jurisdictions around the globe.

How have the OECD countries and other governments responded?

The response of governments, mainly though not entirely through the auspices of the OECD and the European Union, has taken on scope that reflects how dramatically the operating environment has changed. The process has been underway since the OECD’s promulgation in 2013 of its Base Erosion and Profit Shifting (BEPS) initiative and has morphed through many iterations.

In October 2020, the OECD released two detailed blueprints to highlight a way forward to address the tax challenges arising from the digitalization of the economy. However, it delayed the expected timeline for reaching global consensus, with an aim to bring the process to a successful conclusion by mid-2021.

The difficulties the OECD has faced in achieving a global consensus have led to numerous countries’ implementing unilateral measures to protect their tax bases and tax incomes arising from certain digital activities derived within their jurisdictions. In September 2020, the European Commission confirmed that it will look to further its own digital tax for EU member states in 2021 if the OECD does not reach a global agreement.

Without a multilateral agreement, a key risk is that individual country policies, including digital service taxes and digital permanent establishments, could result in double taxation for multinational enterprises.

The outcome remains uncertain but could potentially have a dramatic impact on the tax environment facing companies operating in multiple jurisdictions, and not just those engaged in e-commerce. 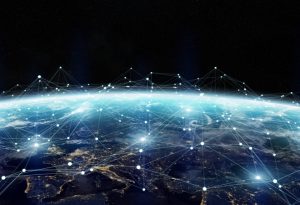 Take your planning to the next level with our international tax solutions – analysis, tax rates by country, practice tools, global news coverage, and more.

What is the status of and outlook for the OECD’s ongoing consultations for Pillars One and Two?

Two topics have been distilled from Action 1 of the BEPS initiative since 2013. Pillar One covers the allocation of taxing rights among countries on income deriving from automated digital services and consumer-facing businesses. Pillar Two covers agreement on a global minimum tax.

The formation of the Inclusive Framework (comprising over 135 countries) and publication of a variety of documents culminated in the January 2019 Inclusive Framework Policy Note, which lays out a work plan to study what has been grouped into the two Pillars. The OECD Secretariat subsequently proposed in October 2019 a structure of three rubrics under which the Pillar One issues might be addressed.

The OECD released its Blueprints on Pillar One and Pillar Two in October 2020.

The Pillar One Blueprint builds substantially on the unified approach previously announced by the OECD to allow market jurisdictions the right to tax foreign multinational enterprises generating profits from certain activities within their jurisdiction when there is no physical presence.

Broadly speaking, it provides measures to allocate a share of an MNE’s residual profits (“Amount A”) derived from automated digital services and consumer-facing businesses to market jurisdictions. It achieves this by implementing a standalone nexus rule and moving away from the traditional arm’s length principle in favor of a specific allocation calculation. Pillar One also provides for a fixed return for certain distribution and marketing activities in a market jurisdiction (“Amount B”) and includes dispute prevention and resolution processes.

Although the Blueprint provides a useful roadmap of how market jurisdictions may tax MNE profits, there are significant areas where a consensus hasn’t been reached among members, and most of the key thresholds and rates are still to be determined.

Pillar Two is largely independent of Pillar One, and essentially consists of two proposals to ensure minimum levels of taxation of MNE groups. These consist of a global minimum tax regime (applied generally through an Income Inclusion Rule and Undertaxed Payment Rule) and a minimum level of tax on certain payments between connected parties (the Subject to Tax Rule).

Comments on the Blueprints were open until Dec. 14, 2020, and a virtual public consultation was held in mid-January 2021. The OECD hopes to have broad agreement by mid-2021, while acknowledging that further work remains to “resolve technical issues, develop model draft legislation, guidelines, and international rules and processes as necessary to enable jurisdictions to implement a consensus-based solution.” 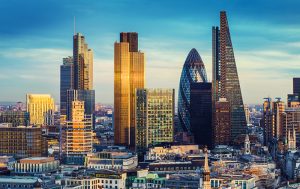 Transfer Pricing Forum: Taxation and Digitalization of the Economy

Country practitioners provide their insights on how the tax authorities, as well as multinationals, are preparing for the anticipated OECD harmonized global approach to the digitalization of the economy.

How are each of the following issue areas being addressed in the short to medium term?

The notion of a digital services tax (DST), which would target search engines, social media, and online platforms, took shape in 2017 out of consultations being held under the OECD’s framework and was initially advocated by the U.K. and a few other countries.

The DST concept has taken on added significance as a number of countries have moved to adopt their own DSTs outside the OECD framework. Such actions complicate evolution of the global consensus approach sought by the OECD, which is the focus of Pillars One and Two.

DSTs have been unilaterally enacted by several jurisdictions, including France, Spain, the U.K., and Italy. The wide variance among DSTs thus far enacted or proposed, in terms of rate levels and what activities are covered, also conflicts with the unified framework sought by the OECD.

Detractors of DSTs point out that as a DST is a tax on gross revenue, companies with a low profit margin can suffer a high marginal effective tax rate.

In many cases, countries that have implemented DSTs have stated they are an interim measure, until the OECD can reach a global consensus.

India’s version of a DST is the “equalization levy.” India’s levy is noteworthy in that its threshold for affected companies, annual revenue of $273,000 equivalent, is a fraction of the 750 million euro ($921 million) floor set by the individual EU countries and others. Turkey also has adopted the 750 million euro figure, while the U.K. threshold is 500 million pounds ($680 million).

In October 2017, the OECD published its International VAT/GST Guidelines. These include detailed recommendations on how jurisdictions can address the challenges of collecting VAT on cross-border sales of digital products and services.

In essence, the guidelines support the application of the destination principle as a mechanism for allocating the taxing right and advise that both business-to-business (B2B) and business-to-consumer (B2C) transactions should be taxed in the jurisdiction where the customer resides.

For B2B services, they suggest that the customer should self-account for VAT through a reverse charge or VAT withholding.

For B2C services, it is recommended that the foreign supplier or service provider register and account for VAT in the jurisdiction where the customer is located, generally via a form of simplified registration process.

Numerous jurisdictions have enacted legislation in line with the OECD’s suggested approach.

The European Union has implemented specific VAT measures that apply to EU member states including a registration obligation for foreign suppliers of B2C digital services and, from July 1, 2021, a requirement for digital platforms to account for VAT on sales made via their platforms.

The scope of digital withholding taxes varies but generally includes a requirement to withhold and account for tax on the provision of various digital services by foreign providers in the jurisdiction.

On August 6, 2020, the United Nations proposed an amendment to the model tax treaty that would grant taxing rights to a treaty jurisdiction where customers are located when they receive automated digital services from a provider located in a treaty partner jurisdiction.

This is a significant departure from the OECD’s unified approach in Pillar One. The UN proposal would require foreign providers of automated digital services to pay income tax at source by a withholding tax on gross income or net income based on an apportionment formula. Due to uncertainty among the members of the UN Committee of Experts, the proposal has not yet been adopted and further discussions are to take place in 2021. 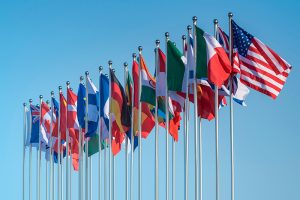 The BEPS Tracker allows for easy tracking of country-by-country developments in response to the OECD’s Base Erosion and Profit Shifting (BEPS) action plan.

From in-depth research and analysis to timesaving practice aids, Bloomberg Tax & Accounting has the resources you need to provide informed advice.

Access to this information requires a subscription to Bloomberg Tax & Accounting. Don’t have access? Request a demo.

Access practitioner-written analysis on tax and other considerations relevant to business operations in the United Kingdom. This Portfolio includes analysis on the U.K.’s proposed digital services tax.

Provides detailed analysis of the VAT rules in 180+ jurisdictions, with a chart builder tool that allows you to compare countries and create custom reports with a few clicks.

How do you stay on top of the latest developments in digital service taxes?

Higher taxes may be here to stay but proper planning can help companies control costs. Stay on top of new developments, form strategic plans, and provide ongoing insight and advice to company leadership with international tax guidance from Bloomberg Tax & Accounting. Using insights and analysis from our experts, we’ll help your team dissect the evolving DST landscape and understand the impacts to your business wherever you operate.